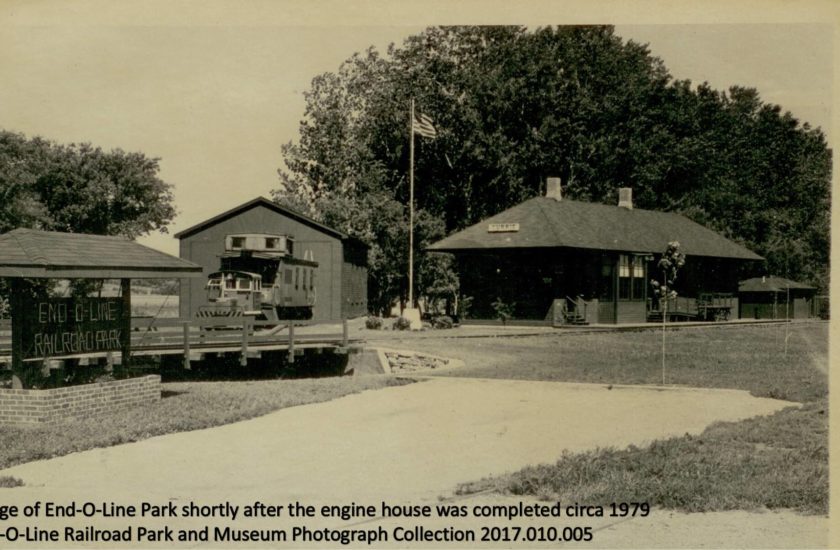 Currie’s railroad history began in 1900, when the Des Moines Valley Railway Company completed a branch line to this small village of a few hundred residents located in Murray County in southwest Minnesota. Although Currie was the first town founded in the county in 1872, it lacked rail service for the first thirty years of its existence. Immediately upon the Currie line’s completion, it was the purchased by the Chicago, St. Paul, Minneapolis & Omaha Railway (CStPM&O, commonly called the Omaha Road) and rail service to Currie commenced in the spring of 1900.

Passenger traffic and freight hauling on the Currie line peaked in the early 1920s and declined swiftly as the automobile became more common. By 1930, the Omaha Road had reduced service on the line and by the mid-1950s, a station agent no longer staffed the Currie depot. By 1972, the Currie branch line was used only occasionally for freight service; even that came to an end later in the decade. The last train into Currie was a diesel engine delivering a load of fertilizer to the Currie grain elevator in 1977. The Currie branch line was officially abandoned on January 8, 1980. On that date eighty years of rail service to Currie came to a decisive end.

However, even before the line was abandoned, local interest began to restore the area. In 1972, a new initiative by the state Minnesota 4-H organization called Community Pride challenged all 4-H youth clubs in the state to develop and complete a project that would improve their local communities. Colleen Illg and Roxanne Probst, two teenaged 4-H members from Currie’s 4-H Club called the Poco-a-Poco Club [meaning little-by-little in Spanish], advised by adult leaders Louise Gervais and Dorothy Ruppert decided that their club’s project would be to clean up the abandoned turntable. For their efforts, they were chosen to represent the county at the state Community Pride Conference held in St. Paul. The club was honored as one of the top eight projects out of 400 in Minnesota.

The following year, the club noticed an ad in the local paper stating that the original Currie depot was up for sale and needed to be moved off the property or it would be destroyed. Gervais and Ruppert instructed the girls to write to the Chicago & North Western Railroad about the depot. Within a few weeks, they had an answer; the Railroad would sell the depot to the club for $1 provided it was moved off the property. It took about two years to raise the funds to buy land across the street near the turntable and to move the depot to its present site. The 4-H club leaders soon realized the park was going to be too much for them to handle on a volunteer basis and asked the County Government of Murray County to take it over as a county park in 1975. The county also asked Louise Gervais to be the park’s seasonal director and curator. She would not “retire” from this role until 2010; though she remained involved with the park until her death in 2017. For over 40 years, Gervais’ persistence and dedication to preserving local history led to what the park is today.